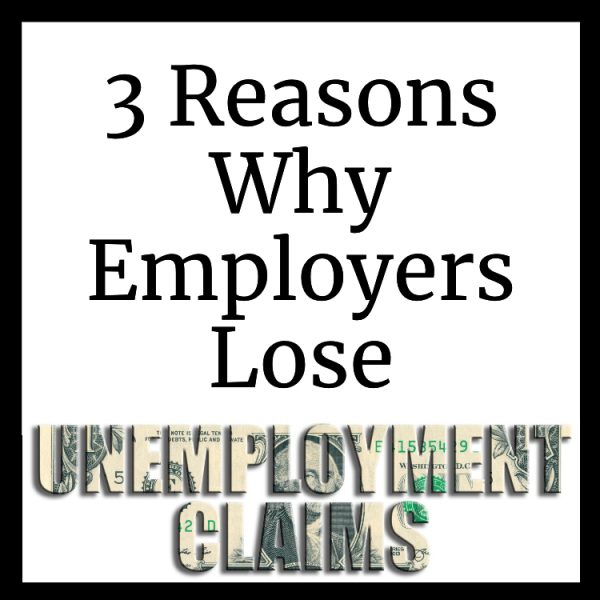 When employees leave, employers spend the majority of the resources filling the gap left behind. Unfortunately, they don’t always make sure the T’s are crossed at the moment of employee separation, which can create a problem should an employee decide to file an unemployment claim. If you want to reduce losses from unnecessary unemployment claims there are three things you need to make sure you do.

The Easiest Way to Lose an Unemployment Claim

Besides not responding, there are many reasons why employers lose unemployment benefit claims. Here are the top three.

Most organizations that lose unemployment claims, lose them over the lack of documentation. They either don’t have it or it’s not complete. The best documentation tells the story of the final incident from beginning to end. Good quality documentation has:

The second primary reason why employers lose unemployment claims is because they don’t show up at hearings. Thorough documentation is critical and usually the only thing required at the first level of unemployment adjudication. However, it doesn’t hold up if the employee appeals, and you move to a hearing.

During the hearing, you’ll need to provide a witness who has first-hand knowledge of the incident. Without one, evidence will be considered hearsay and be dismissed. The good news is that travel is generally not necessary because hearings are usually done over the phone.

Quit in Lieu of Termination

The third common reason why employers lose unemployment claims is because they encourage the employee to quit instead of being fired. They’ll explain to the employee that they’re about to be fired and provide an option for rehire if they resign. Quite often, employees will quit if the employer was going to fire them anyway.

The main reason to prevent an inappropriate claim from being paid is to keep your losses down. If your unemployment insurance is through the state, you’ll keep your tax rate low by having fewer claims on your account. If you self-insure, you’ll see less money leaving out the door paying unnecessary claims.

There are many reasons why cases are won or lost in the unemployment system. Having these three buckled down will help you avoid losing unemployment benefit claims.