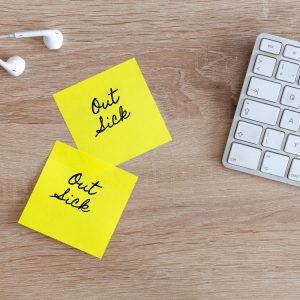 Employees are critical to your business, and when they don’t show up to do the work, it can cause a ripple effect across your organization. It makes sense to have a documented attendance policy point system that allows you to treat every employee the same. While point-based systems are a great solution, understanding how they work with unemployment law can result in savings that go beyond dollars and sense.

There are many different versions of point based attendance policies, but the logic is essentially the same across the majority of companies. In general, employees acquire points for:

Some policies allow exceptions for illness and other personal emergencies. Others charge points on the first day of an absence that occurs over multiple days. In the case of a no-fault attendance policy, points are charged without distinguishing between an absence due to illness or simply not showing up for work.

That means that an employee could have a history of misconduct, but may still receive unemployment benefits. If the final incident that caused the point threshold to be met was a result of an accident, illness, or another reason beyond their control, it’s likely that unemployment benefits will be granted regardless of the reasons for the prior absences.

An employer has an attendance policy point system with a point threshold of ten points.  An employee has multiple unexcused absences and tardy occurrences accruing a balance of nine points.

Any point-based attendance system that must consider the state’s procedure for granting unemployment benefits. Often times these systems give the users the impression that they’re justified in terminating an employee and they’re often shocked to discover that they weren’t.

It’s important to periodically evaluate all of your policies, including your attendance policy point system. Knowing how your attendance policy impacts your bottom line and creating a system that minimizes risk will save you money over time. Contact us today to learn how customized solution like this can pay for itself.