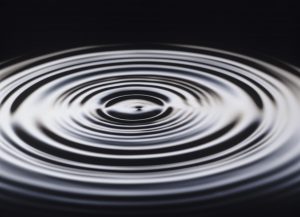 Do you know how much a poorly performing employee costs you? You may think of their wage as wasted money, but the truth is poor job performance costs your company far more than an employee’s salary. It can impact other workers, your organization’s leadership, and cost your company money in unemployment benefits.

The Cost of a Poorly Performing Employee in the Workplace

When there’s a poor performing employee in the company, productivity falls. Not only does the underperformer fail to do the right work, he or she may also encourage others to ignore their duties. Other staff members must then step in to cover the work.

Office misbehavior can also lead to poor morale among other workers. When one person is doing a poor job and seems to get away with it, other staff become frustrated, resentful, and less interested in doing well themselves. It creates a ripple effect in the organization causing turnover and decreasing customer satisfaction.

Finally, poor performers negatively impact the time and productivity of management. Having to take excessive time to coach, discipline, and document the behavior of one worker causes leaders to have less time to deal with other important issues. Other team members may feel neglected. There may also be resentment or frustration from the manager toward upper management and the HR department.

Having a system in place to deal with poor performers is vital. Knowing how to discipline and when to let someone go can help your organization improve results while reducing your unemployment burden.

The Cost of Poor Job Performance After Termination

The cost of a poorly performing employee doesn’t stop on the last day of work. There’s cost incurred for rehiring, interim help, and unemployment.
Many companies believe that if they let someone go for well-documented underperformance, they will not have to pay unemployment benefits. As long as the organization can prove there was a cause, they feel they will be safe from further costs.

Unfortunately, this isn’t true. To avoid unemployment, you must prove willful misconduct. That means you must prove the following to be true:
• The employee was capable of performing the job and had successfully performed the job duties in the past.
• The individual was consciously taking shortcuts or making mistakes that contributed to the unsatisfactory work performance.
• That you notified the employee of the unsatisfactory performance and gave them the opportunity to improve as well as provided additional training if necessary.

An employer is having problems with a specific employee, Tom, due to poor performance. The company works diligently with Tom, giving him coaching, feedback, training, and opportunities to improve. Each meeting that managers have with him is documented in his employee file.

Tom’s work isn’t improving, and management decides they must let Tom go. They meet with him, explain their position, and Tom leaves the building.

Tom files for unemployment and the organization disputes the claim. They provide the documented evidence that Tom wasn’t performing up to standard, that he was notified and coached, and that his work did not improve.

Unfortunately, their documentation only proved one of the three elements of willful misconduct. Because the organization couldn’t prove that Tom had performed the tasks in the past and was consciously making mistakes, Tom was awarded unemployment benefits.

As you can see, poorly performing staff members can impact a company even if they are terminated. There is a high burden of proof placed on the organization to prove willful misconduct. It’s vital to have the right systems in place to minimize unemployment by hiring the right people and training them well.

Employees with poor job performance cost more than their wage. Having employee lifecycle and risk management processes and systems in place help you manage an organization so that the employees are functioning in a way that positively contributes to your bottom line. To learn more about how we can help, contact us today.